Corrected release. This new version changes the name of Ahold to Albert Heijn in two instances.

MOBILE WORLD CONGRESS, LOS ANGELES, CA / ACCESSWIRE / October 24, 2019 /  AiFi, the technology company creating one of the world’s most advanced store automation systems, is launching its Autonomous Store Platform, coined O.A.S.I.S (Open Autonomous Store Infrastructure and Services), to automate stores of all sizes, from tiny pop-up stores to large supermarkets. AiFi is essentially offering Automated Retail as a Service, making it open and accessible to everyone. As of today AiFi’s Autonomous Store platform is already powering innovative and smart stores with pioneer international retailers Carrefour, Albert Heijn, Valora and Żabka, among others. The new platform is being demonstrated with a live demo at Mobile World Congress LA (NVIDIA booth #1745, South Hall).

With its latest platform, AiFi is launching a whole new suite of APIs that can be easily integrated into a retailer’s front end, back end, and their POS systems. This makes AiFi’s Autonomous Store Platform a turnkey solution for retailers who want to implement their own autonomous stores. 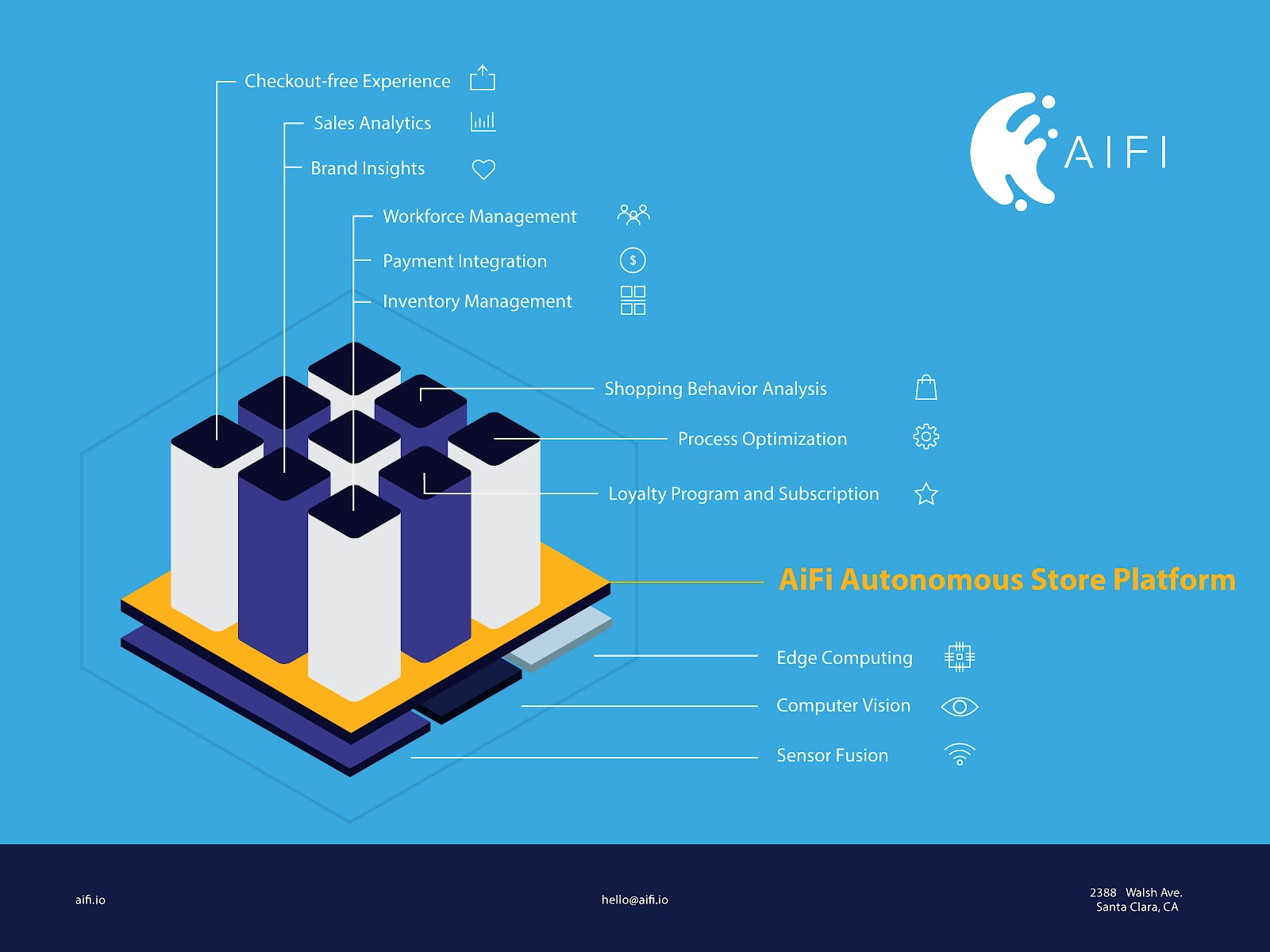 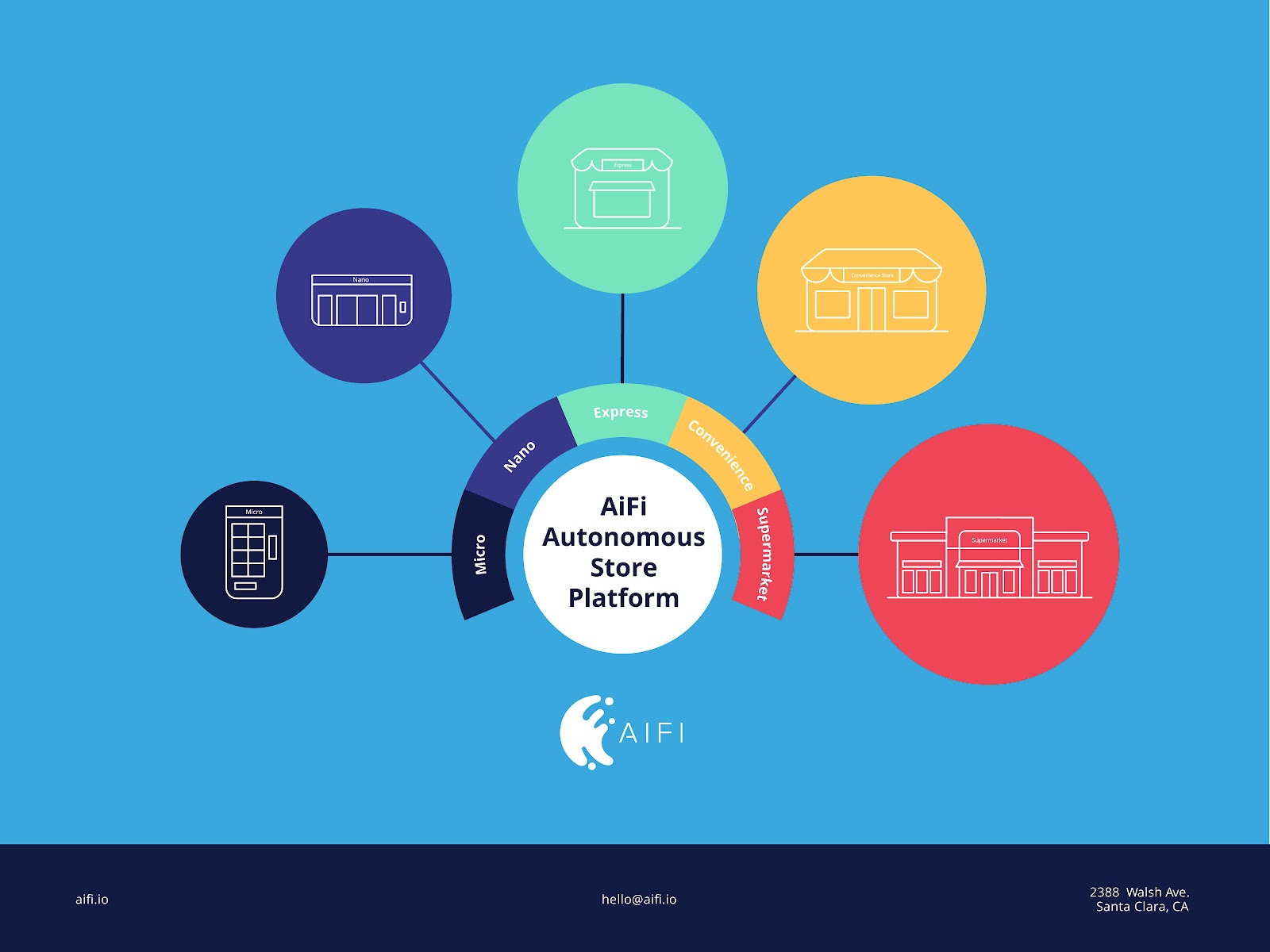 “AiFi’s Open Autonomous Store Infrastructure and Service platform can power micro markets, nanostores, express stores, convenience stores, and supermarkets, giving our customers the capabilities they need to build out their own modern stores and provide a delightful experience for their customers,” said Steve Gu, CEO and Co-founder, AiFi. “We have been working with several of the world’s best retailers advancing the solution in different formats, and we are confident that AiFi can deliver efficient and autonomous stores of any size.”

AiFi, with its overarching mission to make AI as prevalent as WiFi, has spent the last two years developing its AI technology with advanced computer vision and sensing algorithms to continually improve the performance of the Autonomous Store platform and to drive utilization and productivity. The company is also an established leader in the trend of computing at the edge — utilizing low-power sensor and camera networks. It has also laid the technological foundations and made breakthroughs to adapt to the needs of the retail industry, making the offering affordable and easier to deploy.

AiFi is an AI technology company automating the world’s stores for retailers and brands of all sizes, from small footprint pop-up stores to supermarkets. With a combination of AI, edge computing and scalable sensor fusion technology, AiFi is creating autonomous stores with some of the most influential retail partners in the world including Carrefour (France), Albert Heijn (Netherlands), Valora (Switzerland) and Żabka (Poland). For more information about AiFi and its technology, visit www.aifi.io.

Elias Castro on the Need for Money Mentoring